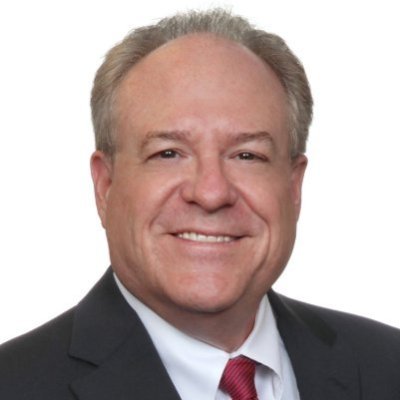 Jim Williams is the Founder and President of JHW Unmanned Solutions LLC. Jim advises his clients on issues related to aircraft and space operations with specific emphasis on all things related to unmanned aircraft systems (UAS)—a.k.a. drones.

With over 30 years of experience in the Aerospace sector, Jim recently served as Manager of the FAA’s Unmanned Aircraft Systems (UAS) Integration Office at the Department of Transportation, Federal Aviation Administration (FAA). This office functions as the single agency focal point for all UAS-related activities and is uniquely positioned to develop and coordinate solutions to UAS challenges across the FAA and with external organizations.

UAS are often described as the most disruptive aviation technology since the invention of the jet engine, and the FAA’s UAS Integration Office has the daunting challenge of accomplishing the safe, efficient and timely integration of this technology into the National Airspace System (NAS), while balancing the political pressure and economic needs of the nation. In early 2015, Jim testified before the House Committee on Science, Space and Technology on UAS integration issues.

Before taking the helm of the UAS Integration Office in March 2012, Jim spent six years as the Director of Engineering Services in the FAA’s NextGen Organization, where he led the coordination and integration of all systems engineering work needed to move the NAS toward NextGen. This work gave him a deep understanding of how FAA research progresses into a mature concept and eventually into the many technologies that become operational in the NAS. His office also led the development of the NAS Enterprise Architecture and NAS-level Requirements. Together these engendered a great appreciation for the interrelationships of the many systems which will be touched by the UAS integration effort.

During his lengthy career with the FAA, Jim led the organization tasked with lifecycle management of all FAA communications systems and the implementation of the Safety Management System in the Technical Operations Service Unit. He has also worked with the FAA Command Center to transition personnel into the Air Traffic Organization, directed the team that developed, procured and installed all air/ground communications services for the FAA, and led the team that designed, procured and fielded the FAA’s prototype Air/Ground Data Link Communications System. Jim also led the FAA Team that negotiated with other federal agencies to create a second civil GPS frequency.

Prior and Present Employment

Before coming to FAA Headquarters in Washington, DC, Jim worked in the Atlanta Aircraft Certification Office as a systems engineer where his responsibilities focused on approving the avionics installed in the Gulfstream G-IV airplane. He also worked on revisions to the RTCA standard for the development of computer software used in avionics (DO-178b).

Prior to joining the FAA, Jim was a flight test engineer and a production liaison engineer for the Lockheed Georgia Company’s C5, C-141 and C-130 programs. He also worked for the National Aeronautics and Space Administration (NASA) in Mission Control during the initial flights of the US Space Shuttle.