These two examples demonstrate the kind of services that JHW Unmanned Solutions provides.

Our client needed to film a noise sensitive event near a busy airport in southern CA. The time of the filming was not flexible so they needed to find a way to minimize the aircraft noise in the area of the filming. Members of the Aviation Practice were able to contact senior management in the FAA to determine what if anything could be done to reduce the noise. We were able to set up telephone meetings between the client and the local air traffic control management to discuss options to accommodate the filming activity. Thanks to our efforts the client was able to coordinate their activities with the FAA and the event was successfully filmed without any aircraft noise. 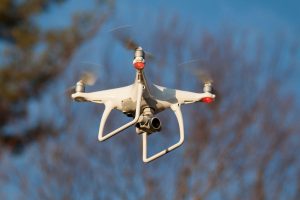 Our client was working with a Federal Advisory Committee who was evaluating their product on the request of the FAA. A previous interaction with the same committee had resulted in a negative recommendation to the FAA. The client engaged us to help craft and present their updated position to the committee. We were able to interact with the industry members of the committee (who included representatives from drone companies as well as manned aviation interests) to help change their position from negative to positive on the proposal from our client. The end result was a positive recommendation to the FAA on the proposal from our client.